KEEP PESTS AWAY — WITHOUT KILLING OR POISONING THEM.

Home / Blog / How to Get Rid of Spiders in the Bathroom

How to Get Rid of Spiders in the Bathroom

Have you ever heard that you are never more than a few feet away from a spider? While the science on that statement is hard to pin down, we do know that nearly every home, building and structure has a few eight-legged residents. Some areas seem to have more arachnid invaders than others. For example, spiders are frequently spotted in basements, garages, and bathrooms.

Sharing your space with a spider isn’t always a bad thing. They are quiet roommates and they help out around the house by eating annoying mosquitoes and other bugs that make their way inside. But some people find eight creepy-crawly legs a bit unnerving and we totally get it. Find out why spiders are always lurking around your bathroom, and how you can get rid of them.

What species of spiders are common in bathrooms?

There are hundreds of species of spiders in the United States, and most of them are harmless. Black widows and brown recluses are the most notorious for their venomous bites, but they are not as common as you might expect. In fact, you’re over 100 times more likely to be bitten by a dog than a spider—thankfully most spider bites are not considered medically serious. All the same, you can click this link to review the signs and symptoms of dangerous spider bites. If you think you have been bitten by a dangerous spider, you should consult a medical professional for advice. 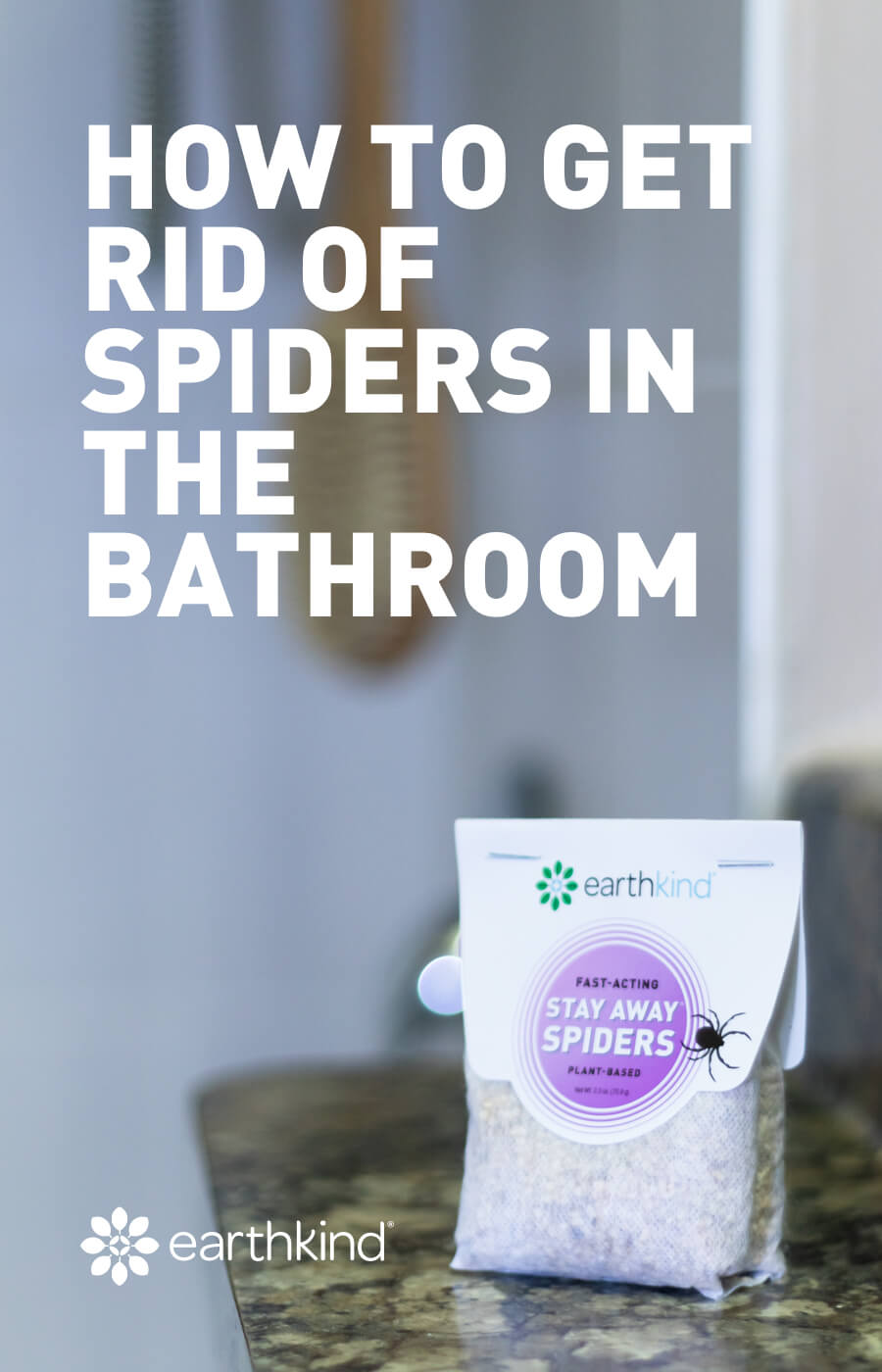 The type of spider you’re most likely to encounter in the bathroom is a common house spider. Most of them spin webs in corners and undisturbed areas where they wait to catch prey. Spiders feed exclusively on live insects and are not attracted to other food items. However, the insects they eat may be attracted to organic matter or moisture—which is what makes bathrooms so popular. Many spiders have found success lurking in the dark, near damp showers or sink drains; spinning small webs that catch any insects foolish enough to cross their paths.

How do spiders get into bathrooms?

Common house spiders are rather small, usually only about a quarter of an inch in size. Squeezing through tiny cracks and finding their way inside is no challenge for a spider. Easy entrances for house spiders include small gaps and openings around doors, windows, floorboards, and air vents. Following plumbing or utility lines are also easy ways for spiders to creep inside.

Since spiders are sneaky by nature—never making a sound and favoring dark, undisturbed areas—they are experts at moving around undetected. Spiders can easily slip underneath a closed door in the middle of the night; making for an unpleasant surprise when you sleepily wander into the bathroom early the next morning.

How can you keep spiders out of the bathroom?

Remember that spiders prefer seldom used and undisturbed spaces. The easiest way to get rid of spiders is to make sure that your home is unwelcoming to them. Do this by making sure there aren’t any other insects in the area that might attract hungry spiders. Tidy up often—keeping clutter to a minimum—and remove any cobwebs you find.

For proven protection against spiders and the insects they prey upon—place a pouch of Stay Away® Spiders in places where you need to make spiders stay away. The botanical oils in Stay Away® Spiders repel insects and spiders, keeping your home free from unwanted invaders.