Pest Infestation Smells in Your Home 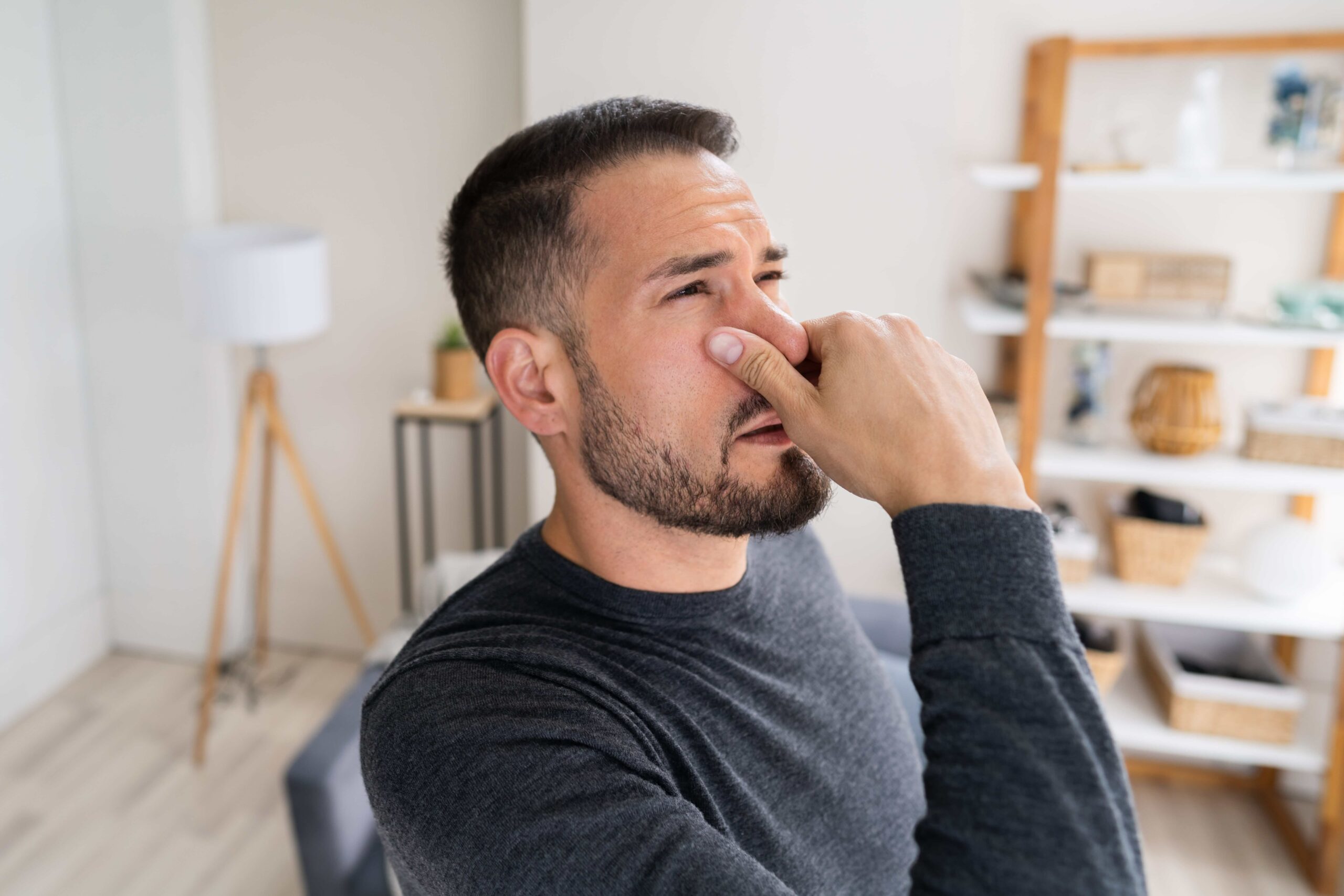 When you’re on the hunt for pests in your home, which issues force you to take notice? If you’re like most people, you focus almost exclusively on visual cues, such as droppings or unexpected sightings of the pests themselves. Often, however, some of the most immediately available signs of infestation have little to do with the sense of sight.

Many pests bring problematic odors to your home. These range from musty smells to ammonia-like scents but may also include several unexpected odors such as blue cheese or rotten coconut. All make your home feel inhospitable to visitors and residents alike.

While you may not immediately realize that these smells relate to infestations, their source will become quickly evident once you discover that pests have taken over your residence.

From mice to cockroaches and even ants, a variety of pests can bring undesirable odors to your home. Telling these scents apart can be tricky, assuming you notice them in the first place. In this guide, we’ll help you match common smells to the pests responsible for them — and we’ll let you know which steps you can take to resolve mouse and ant problems for good.

The trademark smell of a mouse or rat infestation is often likened to ammonia. Other people describe the scent of mice as musky. Either way, these odors can be surprisingly strong, in part because rodents urinate so frequently. Unfortunately, the scent of these critters can linger long after these rodents are no longer in the picture.

The signature mouse-prompted smell of stale urine can permeate almost any space, but is especially strong in enclosed areas. Cabinets, drawers, crawl spaces, and pantries, for example, may smell especially foul if you have a mouse infestation on your hands. Baseboards and floorboards are also frequent sources of concern, as mice often run along them when traveling from one part of your home to another.

As problematic as the smell of live mice or rats can be, dead rodents are far worse. To begin, they smell a bit rancid, with the foul odor eventually strengthening until it resembles rotten cabbage. Later on, the dead animals acquire the unmistakable smell of decay. This, like urine, can linger long after the dead rodents have been removed.

Ants release multiple types of scents — and not all people can easily detect them. A lot depends on the type of ant found in your home. Some — such as citronella ants — leave citrus odors that aren’t as awful as you might anticipate. Carpenter ants, however, have been known to spray formic acid, which smells a bit like vinegar. Meant to scare away predators, formic acid can actually burn ants’ foes when released in high doses.

Interestingly, a unique type of ant typically referred to as the coconut ant (but appropriately nicknamed the “odorous house ant”) smells similar to blue cheese. Stemming from a chemical derived from methyl ketones, this scent has also sometimes been compared to rotten coconut.

During a memorable BugFest event held at the North Carolina Museum of Natural Sciences, attendees participated in an experiment revealing that the smell of coconut ants can also resemble cleaning agents or rancid butter, depending on who you ask.

While identifying smells from various species of ants can be difficult, the explanation behind their seemingly random use of odors makes sense. Ants typically emit these smells when they sense danger. Other ants may only release certain smells if they’re crushed. This is the case for citronella ants, which smell far stronger after they’ve been squashed.

Ants that die of natural causes may release a compound known as oleic acid. To humans, this smells a bit like olive oil. Research indicates that this scent lets other ants know that the insect that emits it has died.

From there, the ants that remain alive feel compelled to drag the corpses of deceased ants to a pile officially known as a midden. This stack is sometimes described as an ant dumpster or even a cemetery. While this behavior may seem odd, it’s meant to limit the potential for the queen ant to be contaminated.

Many adjectives can be used to accurately convey the smell of cockroaches. Typically, people regard their scent as musty or oily. Others describe the scent as resembling soy sauce. These types of smells typically occur as cockroaches communicate with one another. When they die, however, the smell can become acidic during the decomposition process.

Removing the Problem to Get Rid of Pest Infestation Smells

Pest smells are indicative of severe infestations. In this situation, a common cliche rings true: one mouse or cockroach sighting indicates the presence of many others. Similarly: the moment an odor is strong enough to make you take notice, the infestation is severe enough to warrant a swift response. If you at all suspect that your home smells due to rodents or insects, it’s imperative that you take action as soon as possible.

While a variety of short-term solutions allow you to minimize the unpleasant smells of a pest infestation, nothing will rid your home of these odors immediately, assuming those critters are still present. Depending on the source of the smell, it may remain in your home as long as the responsible animals are around — or until their corpses have been dealt with.

Your best bet? Tackling the problem head-on. How you proceed depends on the severity of the infestation and whether the animals emitting the smells are dead or alive. Homeowners must learn the best way to get rid of these pests in a safe manner. Either way, only once the culprits have been removed from your home can you truly set about on the tough task of getting your space smelling fresh.

Once you’ve made your home ant, cockroach, or mouse-proof, it’s time to get rid of the foul odors that have taken over. Air fresheners and deodorizers can temporarily mask these smells, but a full-scale cleaning and disinfectant initiative will ultimately prove most effective. When in doubt, also consider using baking soda — it’s excellent for absorbing unpleasant smells.

On the hunt for a solution that will address unpleasant smells and provide long-term relief from infestation? Look no further than EarthKind’s Stay Away products.

Designed to combat both rodent and insect infestations, these deterrent products consist of botanical ingredients such as plant-derived essential oils. These ingredients lend EarthKind’s products a pleasant smell from the human’s perspective — but are far less enjoyable to pests. There’s no better solution for taking care of your mouse problem — or making ant infestations a thing of the past.

If you’d like to give EarthKind a try, feel free to browse our products online. Contact us if you have any questions about our solutions. We’d love to give you additional insight into our fast-acting botanical pest prevention & control methods.