Ticks – eww.  Is the first thing that comes to mind Lyme Disease?  Or, maybe you think of a parasite meant for animals rather than humans. Or, perhaps you haven’t given them much thought at all.

Whether or not you think about these pests, they may be thinking about you. Ticks can be found in many different settings, but are most commonly found outside in wooded or grassy areas. Spending time outdoors and in natural settings increases your chances of encountering these blood-sucking bugs. Take a look at the life cycle of ticks and find out how to prevent them from biting you! 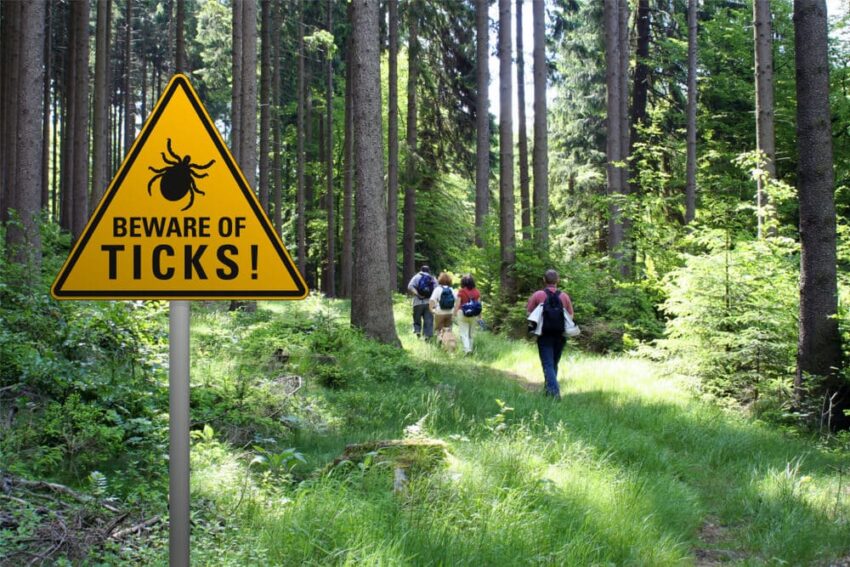 The Life Span of a Tick

The CDC reports that, depending on the type of tick and the amount of time between stages, their lifespan can range from three months to two years. The Blacklegged tick, otherwise known as the Deer tick, has a typical lifespan of two years. Males normally die after mating and a female will die after laying her eggs. In general, they don’t have a lengthy lifespan, but it is enough time for them to wreak havoc on their host.

During that period of time, they go through four stages: egg, larva, nymph, and adult. To get to each of the next stages in their life cycle, these pests must feast on an unsuspecting animal’s blood. If they don’t, they will die before making it to the next phase. Below we go over each of the stages in the life cycle of a tick so you know what to expect and how to prevent tick bites.

Like all living, breathing things, ticks begin in egg form. McHenry County, IL Health Department says that adult female ticks will typically lay eggs in the early spring. The eggs hatch as the temperature warms. The egg to hatch period can take up to 60 days. Once hatched, they must find a blood meal to survive.

In this unique stage, the tick has six legs instead of the usual eight. The larva are tiny and can be hard to detect. Often, they will look for mice and other small animals to get their first meal. After the larva feeds, it will lie dormant through the winter and molt into the next phase.

When the tick reaches this level, the average size (while bigger) is STILL less than 2 mm. In visual terms, that’s around the size of a poppy seed! In this stage, they add two more legs, bringing them to a total of eight. During this time, they tend to be more active in late spring through the summer months. Once a new host is found, and the tick gets its meal, it will once again molt to become an adult.

This is the final stage of the tick life cycle. At that stage, adults can typically be found outdoors on tall grass or shrubs, waiting for their next victim. They will attach themselves to a different host, an animal or person, that brushes against the grass where they are lurking. They will once again feed, then mate, and then the females will lay eggs to start the cycle all over.

The stages and lifespan can vary a bit based on the species. A few different species you’re most likely to run into in the United States include the American Dog Tick, the Blacklegged Tick, and the Brown Dog Tick.

What Are Ticks Attracted To & How Do They Get On You?

These pests are attracted to any host that will bring them their next meal. Whether human or animal, they are looking for blood so they can make it to the next stage of their life cycle.

They travel along the ground and climb dense brush or leaves waiting for an animal or human to walk by to then drop on their new host. Since they don’t jump or fly, they rely on tall grass, weeds, or brush for cover until they land on a host.

Ticks aren’t born with pathogens, but they pick them up through infected hosts. Once infected, they will carry the disease for the rest of its life. Believe it or not, nymphs are the most common group to transmit Lyme disease to humans. Because an adult is much easier to detect and remove, they are less likely to spread disease. Let’s go over the best methods to prevent tick-borne illness.

As we have learned, these pests live short lives, but they can be a significant threat to humans and animals because they carry a host of dangerous diseases.  It’s important to note that the summer months are when activity is at its highest, and it’s important to be proactive. Stay covered and use your repellents to have a tick-free summer!