Home / Blog / What are Spiders Scared Of – Help Keep Them Outside

What are Spiders Scared Of – Help Keep Them Outside

We could act philosophical and say, “The only thing to fear is fear itself.” Or we could share the same trite advice you’ve heard before, “They’re more afraid of you than you are of them.” But when it comes to finding a spider in your home, there aren’t many comforting words.

We’re here to help you keep spiders out before they get in. Find out what spiders are scared of so you can make them stay outside where they belong!

What are spiders afraid of?

Given the amount of times you may have seen a fully grown adult jump, scream, or run away from a spider, the following statement might be hard to believe. Spiders are scared of almost everything. Perhaps we’re making a few assumptions about how a spider actually feels because it’s hard to gauge the emotional response of these (usually) small, eight-legged enigmas. But spiders avoid almost everything, so it isn’t a big leap to say that they are afraid.

Keep in mind that many spiders have poor eyesight and rely on their other senses to find food and detect danger. Their legs are covered in tiny hairs that sense vibrations, and help them taste and smell. Spiders can tell when prey is nearby by sensing the vibrations in their web. 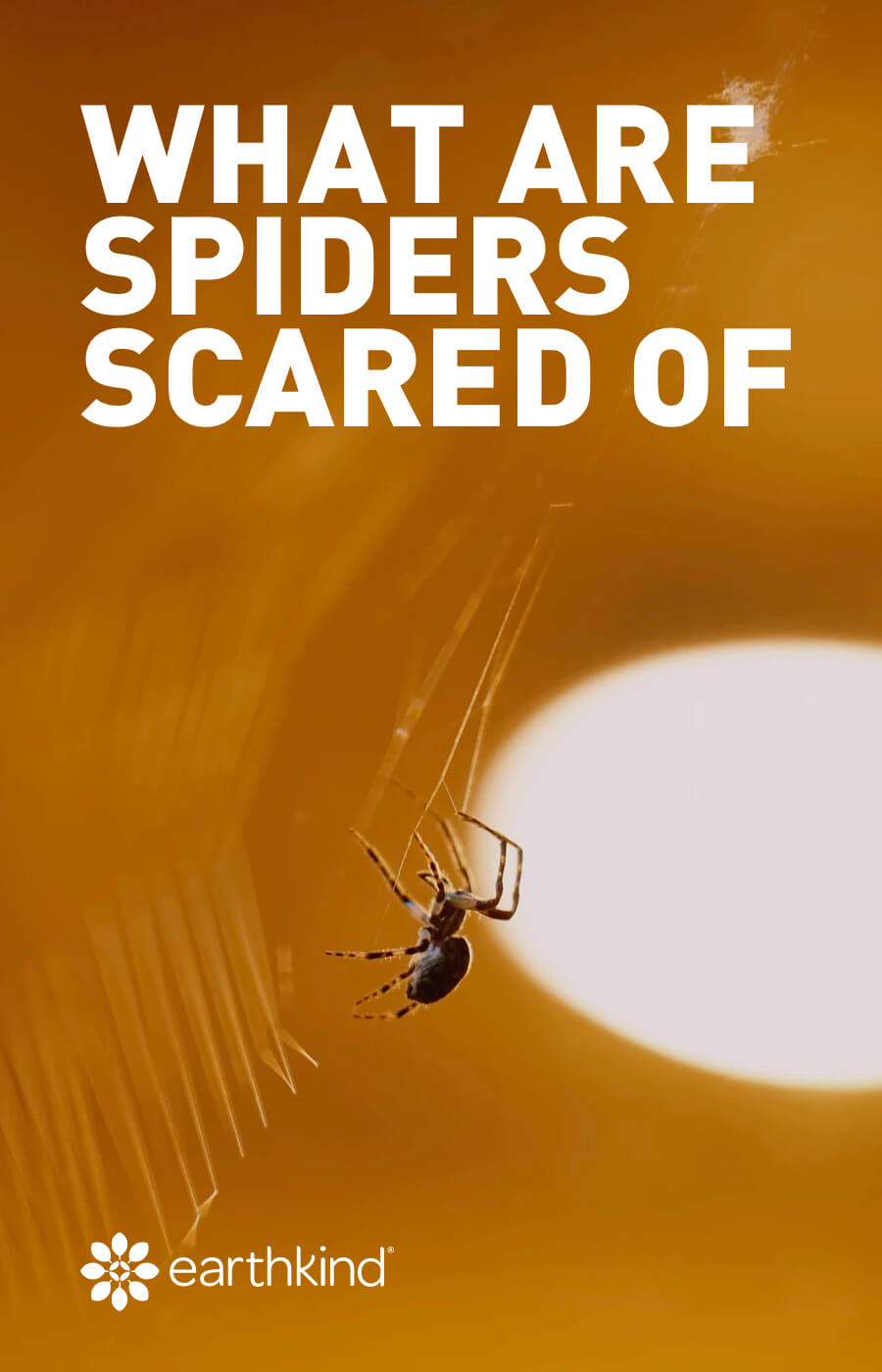 Spiders avoid people, animals, and most insects – except for the one’s they’re about to eat of course. As stated above, most spiders are relatively small. That makes them especially vulnerable.

Many birds and animals may try to eat spiders, or at the very least, they’ll probably interfere with the spider’s food source. Even if something bigger than a spider isn’t trying to eat it, the spider could easily be crushed or swatted away. So, when a spider sees something big and bulky coming towards it, they tend to run away.

Are spiders afraid of humans?

Yes. This is why spiders are most commonly encountered in seldom used areas such as garages, attics, basements, closets, or guest rooms. Spiders are antisocial and try their best to avoid human contact. More often than not, when a spider bites a person, it’s because they felt threatened and had no other course of action. If a spider can escape, it will run away, but it if is about to be crushed, it will try to defend itself. 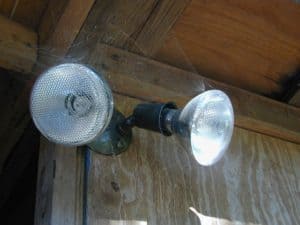 Another reason spiders generally avoid people is because we disrupt their feeding habits. By turning on lights, making noise and vibrations, cleaning up and moving around, we make it harder for spiders to catch insects to eat.

Conversely, if we keep a messy living environment that attracts other insects, spiders will be very happy to live nearby. That is why spiderwebs are often found around porch lights, outdoor garbage cans, woodpiles, and the like.

How can you use this information to prevent spiders?

Knowing what spiders are afraid of should help you feel a little less afraid of these awkward arachnids. They truly are more afraid of you than you are of them. Getting rid of spiders is easy once you realize that they would very much prefer to stay far away from you as well. 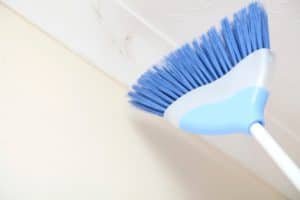 The most important thing you can do to prevent spiders in your home is to keep other bugs out – if there is no food, there will be no spiders. Additionally, keep your home free from clutter so spiders don’t have a place to hide. Dust frequently to remove cobwebs. Control conditions that will attract other bugs spiders may use as a food source – repair leaky faucets and appliances; seal holes, cracks, and gaps around windows, doors, and screens; clean up crumbs and spills; keep trash in a bin with a tight fitting lid, etc…

For fool-proof protection, use a scent-based spider repellent. As we said above, spiders rely heavily on their senses to find food and detect danger, so blocking their sense of smell with a high-powered, plant-based repellent is incredibly effective. In addition to repelling spiders, other insects that spiders may think of as a tasty treat will avoid the area as well.